What are CUSIP numbers?

A CUSIP number is like a unique serial or ID number for all stocks and bonds registered in the United States and Canada. The Committee on Uniform Securities Identification Procedures (CUSIP) is the organization that issues and manages these numbers. In other countries, there are similar systems that serve the same purpose.

CUSIP numbers are publicly available and are used by computer trading and tracking systems. They are particularly useful in identifying different assets because sometimes the same company can issue multiple classes of stocks that with different dividends and voting rights.

Design of the CUSIP number

CUSIP numbers are comprised of nine alphanumerical characters. The first six characters are called the base and refer to the bond issuer. The seventh and eighth characters refer to the type of bond it is. The final ninth character is a special kind of character, a checksum. The checksum is used to detect errors in the code and to validate it in case of input errors.

There is no official standard system for creating symbols for blockchain based assets. It’s mostly up to the discretion of exchanges. Sometimes different coins will have the same symbols. Sometimes the same coin will have different symbols on different exchanges. And this can sometimes be an issue when looking to trade a specific asset.

It doesn’t happen that often but it does happen. A standardized system could certainly improve things.

In the case of assets on the Ethereum blockchain, there are already unique identifiers that can serve as more or less the same purpose as a CUSIP. These are contract addresses.

A contract is usually some computer code that runs in a decentralized manner on Ethereums blockchain. Most contracts are just simple tokens representing some asset. Each contract must have a unique address so that when you user interacts with it in some way it is easily searchable.

These addresses all start with 0x followed by a 40 character hashed string. Because all of the addresses are hashes it ensures that they are unique identifiers. Wallets and exchanges have to reference these addresses when trying to send these tokens from one place to another.

Other blockchains like Stellar that harbor tokens on top of them follow the same design with unique contract addresses. Since around 50% of cryptocurrencies are actually Ethereum ERC-20 tokens it might reduce the need for CUSIP numbers in the industry. Websites like Etherscan serve more or less the same purpose giving information about the asset like links to the project’s website.

There are just a couple of projects publicly trying to build CUSIP systems for the blockchain. Although thus far the demand for a CUSIP system hasn’t been particularly strong. Many people in the community don’t even know what it is.

But with that said there is a good argument to build a CUSIP system for blockchains. Even one of the largest and oldest companies supporting blockchain, Overstock, had a bug. This bug made it so that users could briefly use Bitcoin cash instead of vanilla Bitcoin. Hypothetically this would have been avoided if there was a CUSIP system.

A trading platform called Templum Markets is partnering with CUSIP Global Services. It is an attempt to bring CUSIP numbers to blockchain assets. The idea of bringing CUSIP to blockchain is to help create more standard practices to the cryptocurrency space.
Templum Markets chief executive saying

We are focused on bringing standardization and best practices for our issuers, enabling them to better communicate information about their products to potential investors. Our vision is to create increased liquidity opportunities for TAOs through our secondary trading ATS, and adding a CUSIP on each one is an important step toward achieving that goal.

Creating the same old centralized solution for blockchains is like trying to fit a square peg into a round hole. It is quite questionable if simply applying the same system from traditional finance will work. Copying and pasting old systems won’t work.

Centralized organizations dictating the way things should be is bad. It is the antithesis to what a lot of people in the cryptocurrency community are fighting for. Centralized institutions have too much power and often end up becoming gatekeepers. This will probably remain true even for something as banal as a standardized asset identification systems. Even the ability to change and decide which asset gets a number is probably too much power.

CoinSwipe is a platform for rating cryptocurrency projects and ICOs with a simple left/right swipe system. It is like Tinder for blockchain. Coinswipe announced last year that they were partnering with Dehedge. They are planning to create the Committee on Uniform Token Identification Procedures or CUTIP.

CUSIP, the national numbering agency (NNA) for securities in the US, provides identification for millions of instruments, but does so based on a centralized authority controlled by the American Bankers Association and S&P. This monopoly on information, along with the associated costs, has created issues both in the US and, particularly, in the EU. The CUTIP Token ID initiative will give all the benefits of a standard number system for tokens but using a DAO managed on the blockchain by constituents.

Your guide to Decentralized VPNs
How to Audit a Smart Contract
What is the EVM?
HedgeTrade Beta Launch is Underway - We're Live!
Dogecoin Makes the Big Leagues 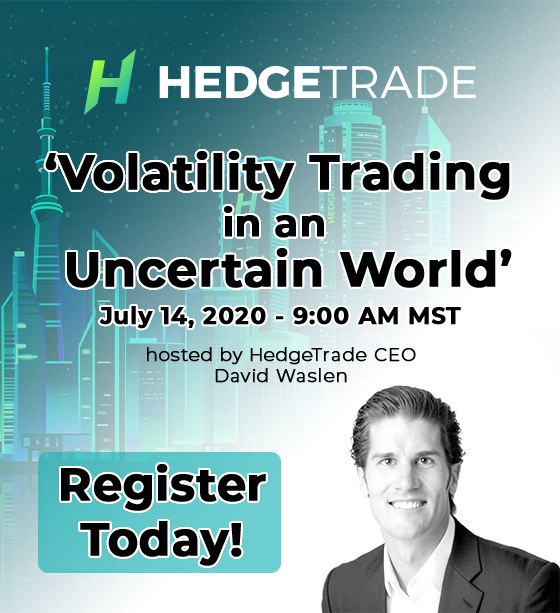 Get access to all the top cryptocurrency traders in the industry. Follow, learn and replicate the best with HedgeTrade.